Olsi Qinami is a conductor, pianist and teacher. He is based in London and is the founder, conductor and music director of the London Thames Orchestra.  He began playing the piano aged six in his native Albania with Etleva Krantja and later with Iris Kapo, Vladimir Kapo, and also in the UK with Professor Nigel Clayton Royal College of Music. 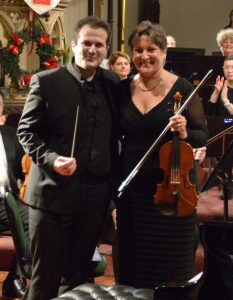 Olsi holds a conducting degree from the Academy of Arts in Tirane, Albania, where he studied with Bujar Llapaj and Petrika Afezolli. He continued his conducting studies in the UK, Austria, France and Italy where he participated in master-classes and lessons with Jorma Panula, Peter Stark, Howard Williams, Mark Heron, Neil Thomson & Achim Holub. In France he studied with Dominique Rouits at the prestigious conservatoire Ecole Normale de Musique de Paris where he received his Conducting Diploma.

Nicola completed a B.Mus in violin performance at Victoria University of Wellington, New Zealand before winning an ABRSM scholarship to study piano and violin at the Royal Academy of Music in London. 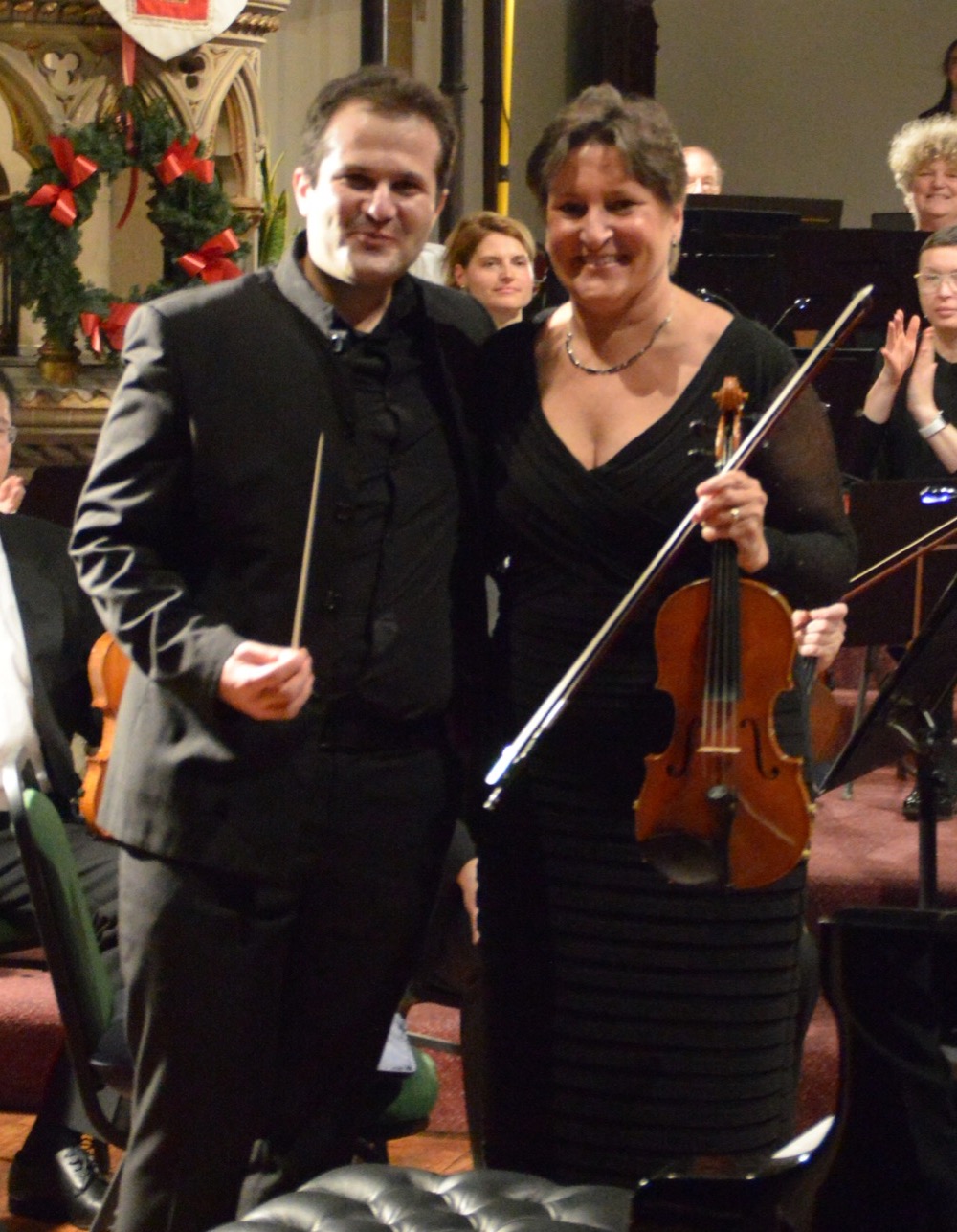 Having gained her LRAM she toured France, Germany and Austria and eventually settled in Italy, where she played in L’Orchestra Lirica Sinfonica del Teatro del Giglio in Lucca for two years. She played in the Puccini Festival at Torre del Lago and at opera festivals in Bari, Foggia, Arezzo, and at Operade Bauge in France.

On her return to the UK Nicola played in the Royal Liverpool Philharmonic Orchestra, the Ulster Orchestra in Belfast and the Scottish Ballet Orchestra. Nicola has played in the West London Sinfonia and was recently guest leader of the Thames Philharmonia. Nicola teaches piano, violin and singing at St Catherine’s School in Twickenham and piano at St James’s School, Ashford. She also teaches privately in her own home. She is organist and director of a 20-strong church choir in Addlestone and runs Music Time for under 5s in Chiswick.