Olsi is a conductor, pianist and teacher. He is based in London and is the founder, conductor and music director of the London Thames Orchestra.  He began playing the piano at six in his native Albania with Etleva Krantja, and later with Iris Kapo, Vladimir Kapo, and also in the UK with Professor Nigel Clayton Royal College of Music. 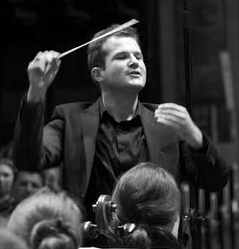 Olsi holds a conducting degree from the Academy of Arts in Tirane, Albania, where he studied with Bujar Llapaj and Petrika Afezolli. He continued his conducting studies in the UK, Austria, France and Italy where he participated in master-classes and lessons with Jorma Panula, Peter Stark, Howard Williams, Mark Heron, Neil Thomson &amp; Achim Holub. In France he studied with Dominique Rouits at the prestigious conservatoire Ecole Normale de Musique de Paris where he received his Conducting Diploma.